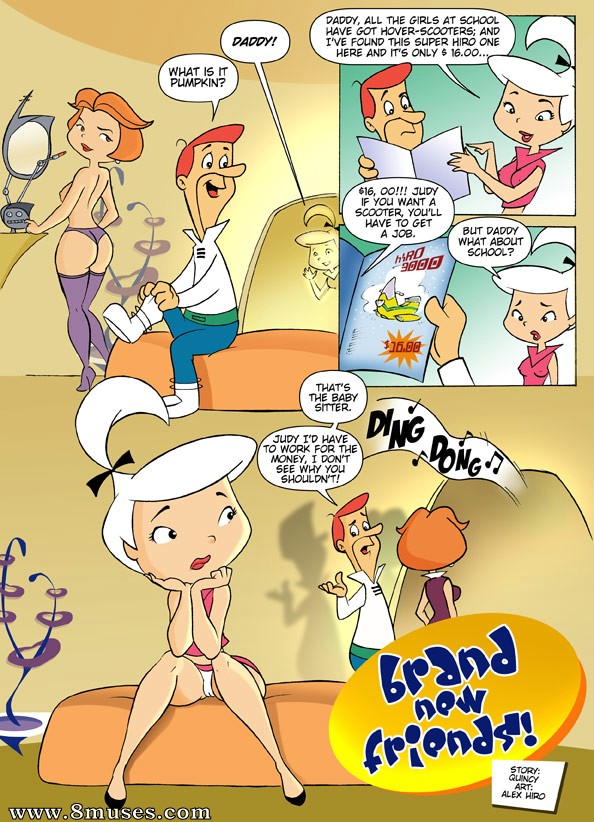 This comic was already requested for some time by our beloved fans of 8muses so as a thank you for your support here we have “The jetsons” this comic begins with George and Jane who had a dinner planned with one of their friends then Jane He was dressing while George waited for her patiently, then his daughter Judy arrives to ask her dad if he could buy her a new scutter that came out that everyone in her school already had it and she was the only one without one, her dad answered that it is too expensive to have in mind, that it should possibly be time for her to get a job and buy her own things, then finally the time had come for George and Jane to go to their dinner, once their parents and retired from the house judy decides to go to work just like a stripper, judy was a beautiful girl with huge breasts and a very well defined ass, flat and short hair, the sexual desire of cu any man, it turns out that judy to get the money to buy his scotter would start working as a stripper and in a short time he would have more than enough to achieve his goal, while judy went out to work as a stripper his parents had not gone to a friendly dinner if not to an exchange of wives where George would change and have sex with his best friend’s wife while his best friend fucks Jane.